Back in the 90’s, when radio still played rock music, a band in South Africa emerged to make way for the rest to follow. And 21 years later, this specific band is still on stage, rocking and rolling the people of South Africa (and the world). I’m talking about the one and only, WONDERboom. They just released their brand new album “Rising Sun” and they are on tour to show Mzanzi and China what they are made of.

I caught up with Cito Martin, lead vocalist and guitarist of WONDERboom before they headed off representing SA at the Silk Road Indie Music festival in Chengdu, China.

STM: Wonderboom has been together for 21 years, congratulations! What is your winning recipe for staying together all these years?

WB: Thank you!!! WONDERboom is basically a brotherhood. If we weren’t making music together we’d still hang out. I think that because we’ve been through so much together and respect each other, the music is a manifestation of that relationship. We just love performing together and believe that WONDERboom has something worth sticking together for, musically.

STM: “Rising Sun” is your brand new album, can you tell us more about the title and who came up with it?

WB: “Rising Sun” is actually a title track. The song itself is about waking up on the street; outside the legendary Roxy Rhythm Bar in Melville, after a debauched night of partying, getting beat up and then mugged. It’s a metaphorically uplifting song of defying all odds, rising triumphantly with the sun, no matter how downtrodden you may be.

STM: Your song “Ooh La La” was on the 5FM Top 10 Chart for weeks, is hard to make music radio stations will playlist these days?

WB: At times it really feels quite hit and miss. But when a song is undeniably good, no excuses come into play. Radio basically looks for music that will attract listeners within their format. Once it’s on playlists, it’s up to the listeners and their approval. Sometimes WONDERboom releases songs that get embraced and sometimes we don’t. We certainly don’t release solely for radio. There are other channels out there. But radio helps.

STM: Every show we have attended of Wonderboom over the years have always been full-on rock ‘n rolling, how do you keep fit for the shows?

WB: Ha ha ha… I think it’s a chicken-and-egg scenario, where it’s the shows that keep up fit.

STM: The band has visited Nelsprata many times over the years, is there something that stands out from our town that’s different to others you’ve visited?

WB: Nelspruit is one of my favourite regions in SA. There’s something quite special about the people of Nelsparta too. A genuine love for live music and Rock N Roll!

STM: Part of your “Rising Sun” tour, you will be visiting China, tell us more about this, please?

WB: Yeah, so, we’re performing at a multicultural music festival at a city called Chengdu in China. The opportunity came totally out of the blue through an old music industry friend, Adrian Skirrow. He’s been promoting SA music in the Far East and thought we’d be cool to represent SA in a sort of competition against 14 other countries. I think China is currently embracing music from around the world to nurture their art culture and we are lucky enough to be part of that. Always been a dream for me to go to China. Their history and culture intrigue me highly.

STM: As a band, how important is it to keep active on social media?

WB: Well, you kind of has to be active on social media to reach your target audience and market gigs, releases, etc., because most music-lovers are on the net frequently. It’s very cost-effective and, if you get your behaviour right, extremely beneficial. However, you have to get your ‘product’ right. Without that, it’s a waste of time and could even do more damage than good. I think too much emphasis has been made on the peripherals. Followers, likes, etc, mean nothing if you don’t have something fans want. However, if you have something amazing to offer in music, videos or whatever, social media can certainly be very effective.

STM Fan question: What advice would you give to up and coming bands as you have lasted for so many years?

WB: Go there! Wanna do funk, punk, hip-hop, whatever? Don’t do half-measures or get complacent. Success is hard work to sustain and always evolves. Keep productive and don’t only focus on the peripheral crap.

STM Fan question: What kind of music did you listen to growing up?

WB: Up until the age of 13, I listened to classical, Gospel and Latin traditional. Then it was U2 (window-drug-band), then rock and alternative music. Thereafter, my eclectic spectrum grew – dance, jazz, world music, etc.

STM Fan question: Who and what inspires you on a daily basis and on writing songs?

WB: A lot of the song-writing that happens, either individually or between Martin and myself, starts off with story-telling, scenes or fantastical ideas. But past experiences are the usually greatest substance for our songs.

STM Fan question: What motivates you to get on stage, even if you don’t feel like it? (if that is possible)

WB: The only time I don’t feel like getting on stage is when I am out of sorts or sick. Nothing worse than not being able to perform at your best. When my voice goes, it’s very hard to maintain that level of performance because most of our songs require some full-on belting. But, having said that, when it does happen, I just kick into another mode, focus and hope for the best.

Get your copy of “Rising Sun” online at iTunes SA, follow them on Facebook, Instagramand Twitter to up with everything WONDERboom. Or catch them live on 09 December at Jock Pub & Grill in Nelspruit. 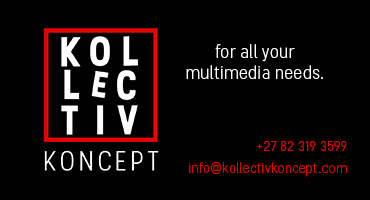 @arnocarstensmusic is heading for the Lowveld late

Pub Quiz at @the_pub_nelspruit is back with a bang

Never too late or too early to join @soul_taxi up

We spent some time at @prolifepetrescue this morni

Catch the one and rocking @theblackcatbones in Nel

We are shattered by the sudden passing of Anthony.

Open Mic at @urban_house_mbombela every Wednesday.

It makes us all warm, fuzzy (and with a tear in ou

STM spent their 67 Minutes at @prolifepetrescue to

We miss setting up camp at a festival. We miss dri

It sucks not to take live photos of @akkedisband l

Virtual reality is now the new way of enjoying liv 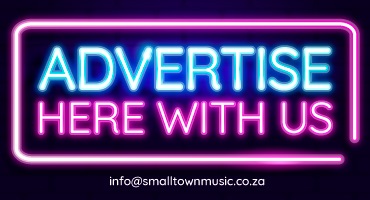